Osteoarthritis(OA) of the knee is incredibly common and only getting more prevalent as the population ages. Traditionally, medical management has taken a palliative approach – essentially pain medication followed by an inevitable joint replacement. The implication of this treatment plan is that OA is a hopeless diagnosis, an unavoidable consequence of aging that one must merely learn to deal with for the time being.

I suppose that would be fine if not for the fact that up to 20% of people report dissatisfaction with their joint replacement afterwards1.

Additional research in a systematic review suggests that 6 months post operatively, patients report only modest gains in physical activity, which are only slightly more significant at one year2 – potentially leading to those low satisfaction rates.

Were this the end of things, it would be a pretty depressing picture. 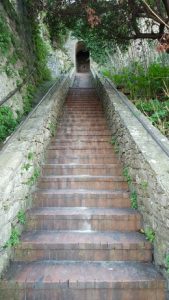 Luckily it has been known for a while that exercise should be the initial prescription for a diagnosis of arthritis in the lower limbs3.

That Cochrane Review (generally recognized as the gold standard in medical research) indicated that exercisers reported on average a 10% improvement in symptoms which persisted up to a year. It seems so simple, yet clinically we know this is not the case. If exercise is such a slam dunk treatment, why don’t people just do some squats and avoid the joint replacement entirely? While people have their own reasons, clinically what we see most often is:

People with knee arthritis don’t want to squat or lunge or jump or bound because it hurts. Of course! Luckily there are many different ways to strengthen the legs without all of your body weight through the knee. Last year, Bartholdy et al published their study detailing what they called a “Rescue Program” for people with OA. Participants complete a program involving exercises including squats and lunges (closed-chain exercises) for 12 weeks at 3 days per week. On days where symptoms were very bad – defined as >6 on a 10-point scale where 10 is the worst imaginable pain, participants focused on exercises which strengthened the hips in a non-weight bearing position, such as bridges or clam shells. Nearly 2/3 of people in one of these “rescue” sessions reported a short-term reduction of pain and no long term side effects. Importantly, it seemed to help people stick to their program. 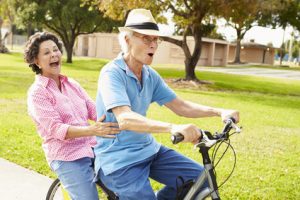 It is important to not take too much from this particular study; it was a cohort design meaning there was no control group to which the experimental group could be compared. However, if we accept as true that exercise for people with arthritis is good, and also accept that exercise for people with arthritis is difficult, than it is useful to know that lower intensity exercise on bad days is helpful for modifying symptoms and promoting adherence to a program. Anyone who has attempted a lifestyle change whether that be diet, exercise, smoking cessation or anything else knows that missing a day is often enough to throw things off the rails.

Don’t be discouraged! Flares happen, lapses happen. What matters is how we recover from the bad days.

Take Home: Work with your Physiotherapist to come up with a plan for how to deal with flare ups that includes non-weight bearing exercises and core work. Your knees will thank you.