Some may notice that one of our Oakville Physio’s Tim has taken the day off today. Here’s why.

Typically my blog posts centre focus on a condition or treatment technique and the scientific evidence for it. Today’s is a little bit different.

Today is Remembrance Day, acknowledging the service of veterans across the Commonwealth in specific recognition of the 98th anniversary of the end of the First World War.

Since 2008, I have served as a member of the Canadian Forces Primary Reserve. I have had the privilege of participating in parades for Remembrance Day every year since. This is no exception. I will be parading in Hamilton on Sunday, but will be away from the clinic on Friday observing ceremonies on the day of.

While I have not deployed during my time in the military, many of my friends are veterans of Afghanistan, Cyprus, Rwanda, Haiti, and Sierra Leone to name a few. It is important for me to honour their service in whatever way I can.

While most Physiotherapists practice in a civilian environment, Physiotherapy as we know it owes its origins in large part to a history of conflict. Specifically the First World War. As medical advancements increased the likelihood a wounded soldier would survive the battlefield, there arose a need to rehabilitate young men (mostly) in the prime of their lives. These were soldiers  who had experienced traumatic amputations, brain injuries, fractures and any number of other injuries. Early Physiotherapists lacked significant education, and were primarily trained on the job. Termed “reconstruction aides”, they developed many of the rehab strategies we still use today. 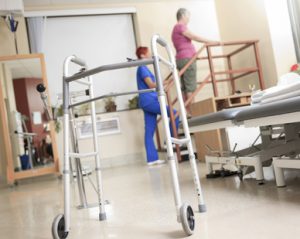 Hopefully many of you will have the opportunity to attend a ceremony at some point this weekend or, at the very least, observe a moment of silence on your own today. Additionally, if you’re able, please buy a poppy to support vital programming for vets through the legion.