Over the past week, a couple physio specific things caught my eye.

The first was Zlatan Ibrahimovic, a forward for Manchester United, tearing his ACL (and other stuff), while landing after jumping for a header. Next came the news that Jumbo Joe Thornton of the San Jose Sharks had played the first round of the NHL playoffs with a torn ACL and MCL. The timing seemed perfect for an ACL (anterior cruciate ligament of the knee) blog.

What intrigued me about Ibrahimovic’s injury was how it happened.

If you haven’t seen it, he jumps up and when he lands, he knee bends backwards in a way the knee should not bend, and he collapses. Elite soccer players complete this move thousands of times over a career and don’t always tear an ACL. What was so special about this case? While I don’t have intimate knowledge of Mr. Ibrahimovic’ medical history or physical status, it interests me greatly that the injury occurred at the end of regular time.

This points us to one of the recognized risk factors for non-contact ACL tears: fatigue.

A 2013 study on cadaver ACLs demonstrated that repeated loading of the ACL will lead to rupture, with greater mass leading to more rapid tearing.1 Cadaver studies aren’t perfectly transferable, but it demonstrates the idea that ligaments function like anything else and are vulnerable to the forces around it.

Of course the ACL exists within the body and is surrounded by other muscles and structures which contribute to stability. Frank demonstrated that neuromuscular control – essentially the ability of the body to use the strength it does have  – is a key variable in determining ACL tear risk.

Altered control of the muscles leads to increased risk.2

De Ste Croix put adolescent soccer players through a repeated hamstring task and found by the end, firing time for the hamstring was increased – meaning it took longer to engage the muscle when cued.3 As the hamstring is an important knee stabilizer, this is a significant finding. At a more elite level, a case control study by Harris of NBA players recovering from ACL tears reported that 40% of its sample suffered their tear in the 4th quarter4 (not a perfect proxy for fatigue, but interesting none-the-less).

There are dozens of identified risk factors for ACL tears, ranging from the uncontrollable:

Fatigue falls in the latter. As spring seasons of baseball, soccer, rugby, football etc start, it is important to recognize fitness limitations and schedule play accordingly. Most of us (guilty) are not as active during the winter as we are during the summer, and running on a treadmill is not the same thing as running on a soccer pitch.

Would greater fitness and/or rest have helped Ibrahimovic?

We can’t know for sure, but it certainly wouldn’t have made the situation worse. Non-contact ACL injuries are devastating to young athletes, with recovery times usually around one year post operatively and sometimes more.

The best rehab is prevention.

Programs like FIFA 11+ have been demonstrated to reduce risk of ACL tears, particularly in young athletes. Of course, group based programs are designed to be cost-effective and convenient, not necessarily best for the individual.  Young athletes stand to benefit the most, particularly young females7, from individualized programs targeted at improving neuromuscular control.  A Registered Physiotherapist is trained in the assessment and treatment of these modifiable ACL risk factors. The PTs at Palermo Physiotherapy and Wellness love working with young athletes to help them reach their goals and avoid injury. 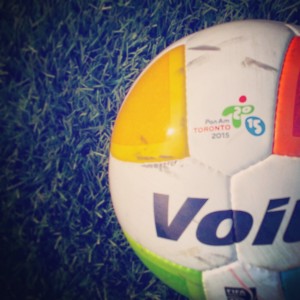