Several years ago, while hiking through the Rockies, I tripped over a rock and sprained my left ankle.

and left bruising all over the place.

I was not yet a physio and thought nothing of it. A couple months later, I sprained it again. The mechanism was not as intense, but the end result was much worse. The swelling lingered for weeks and I was unable to participate in a marathon I had scheduled that fall. Like most people, I rested, put ice on it, and elevated as much as possible. Eventually the swelling went down, the pain went away, and I went back to my routine.

Maybe 6 months later I was squatting at the gym and hurt my back.

What I remember was having to lay flat and perfectly still to avoid increasing the pain. I had instant burning pain down the back of leg towards my foot, commonly called sciatica. It took about 10 to 15 minutes before I could get up and leave the gym. This cycle repeated itself 3-4 more times over the coming years until I completed my training as a Physiotherapist.

The point of this is not simply to commiserate on my injury history (although Physiotherapists Lisa, Claire and I could all share stories), but to share how these seemingly unrelated events are linked.

A Dutch review in 2008 suggested that while tremendous improvement in pain occurs within 2 weeks of an ankle sprain, somewhere between 5 and 33% of individuals report pain at one year. Upwards of 33% report instability and somewhere between 36 and 85% still have a deficit of some kind at 3 years post.1

Athletes tend to have higher complication rates – likely due to returning to sport too quickly – regardless of initial intensity of the sprain. In my case, I returned to running too quickly and never quite got my range of motion back. As a result, I modified my squat technique to use my hips and low back to get deeper into a squat (not a good thing), which lead to my back injury. 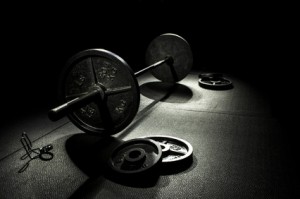 Two seemingly unrelated events, intimately connected to one another.

The good news is that most sprains do recover quite well with appropriate treatment and exercise. The British Journal of Sports Medicine reports that exercise therapy can result in a 60% lower risk of re-sprains up to one year later, and manual therapy can help improve range of motion.2 Had I treated myself appropriately at the time, my hips likely wouldn’t click so much first thing in the morning, and maybe I would have avoided that back injury.

Moral of the story? Ankle sprains improve rapidly in the first 2 weeks, but don’t resolve completely. Long-term complications are common, but decrease in frequency with appropriate treatment. They aren’t minor! Even a tiny sprain has the potential to lead to problems down the line. Be smarter than 21 year old Tim, and get assessed by a Registered Physiotherapist as soon as possible after a sprain. Your future self will thank you. 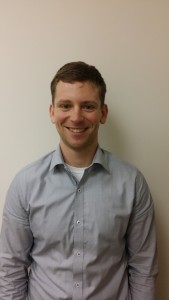