Foam Rolling: AKA that thing people do at the gym that makes them scream

No different from a schoolyard, the gym (and Physio) is prone to fads with people flocking to the latest and greatest gadgets. Some useful and some, not so much. I remember seeing my first pair of minimalist shoes about 5 years ago – which promptly spread like wildfire until every other person had a set of five fingers. More recently, TRX or body weight training came into fashion with many people at my gym signing up for the new classes. In the past year or so, more and more people in “traditional gyms” or “Globo Gyms” have engaged in foam rolling their glutes, hamstrings, quads, or any number of other body parts (foam rolling has been present in smaller CroossFit style “boxes” and in athletic circles for a few more years). These people can often be seen lurking in a corner of the gym making weird facial expressions (and occasionally overtly screaming) while they grind out (foam roll) their muscles. It is natural to wonder how, if, and why this technique is practiced as often as it is. The Physiotherapists and Massage Therapists at our North Oakville clinic even occasionally include it as self-care education / treatment for patients.

How foam rolling works is a difficult question to answer, mainly because there isn’t agreement amongst researchers as to the mechanism. Generally researchers fall into two camps:

The mechanical group has any number of theories. Some believe the foam roller helps to “liquify” fascia by heating it, which makes it more pliable1. Another group thinks fibrous adhesions form in the fascia which can be broken up by the roller2. Others theorize that the roller flushes water out of the tissue which makes it more willing to move3. The neurological group is equally divided, though their disagreements occur at a more cellular level well beyond the limits of this blog post4. When a consensus is reached, I’ll let you know.

Whether or not foam rolling works is a question highly dependent on your goal. The targets can be generally divided into three categories

The pain management group is often trying to avoid Delayed-Onset Muscle Soreness, or “DOMS”. DOMS occurs 24-28 hours after intense, unfamiliar exercise. For most normal people, this is an unfortunate consequence of exercise that is ideally avoided (and for weirdos like me, a badge of honour). Foam rolling has been shown in three studies to be effective at reducing the pain people feel in the post-exercise period, both with objective and self-report measures. In two of these studies, participants foam rolled for 2 x 60 second sets per exercise – in this case, squats. To my knowledge, no studies have indicated foam rolling is harmful or increases the sensation of DOMS. 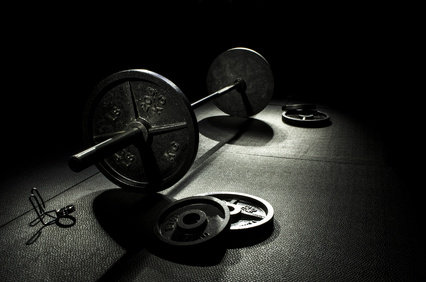 Flexibility is a more difficult goal to achieve. In general, foam rolling has been shown to increase joint range of motion (ROM) for up to 10 minutes following a bout of at least 10 seconds of rolling, but often more. The amount of pressure applied ranged anywhere from 13kg to the participant’s body weight with many options in between, none of which have been proved to be ideal. Unfortunately, these effects do not tend to last even upwards of 30 minutes. Some athletes or weight lifters take advantage of this short-term mobilizing effect to allow them to warm-up and perform their movements with an increased or more fluid range of motion.

Finally, we look at performance. This has been assessed in a number of ways including bench press, vertical jump, squat, and lunge performance. Of the 9 studies that looked at performance in this review, only one showed a negative impact on performance. However, only one showed an improvement. The rest showed no change. Why is that helpful? For those of you who require an increase in flexibility to do whatever it is you want to do, foam rolling can help to give you a short term burst of flexibility which does not impede performance. Whether you fall into that group can be decided between you and your Physiotherapist. Your Physiotherapist can also advise you on how to best spend your time foam rolling for your goals and body structure.

To sum it up, foam rolling can be a helpful maintenance tool for those with an active lifestyle. It likely isn’t the cure-all some people profess it to be, but it certainly isn’t harmful. It can help reduce DOMS, increase short term flexibility, and possibly improve performance should flexibility be an issue. If you are curious about foam rolling specifics such as how to do it, how long, how often etc, it is always a good idea to consult with your Physiotherapist.5 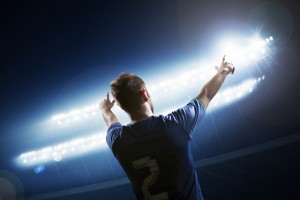